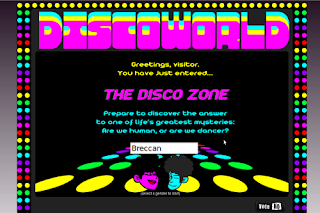 If you're interested our code from the weekend is on github, as far as I can tell we had written ~1700 lines of code that were part of the final deploy.
at 5:22 AM

Yeah, variable naming should never be a problem, if you use scope correctly and a good minifier/compiler like Google Closure

This is a great inspiring Article.I am pretty much pleased with your good Work.You put really very helpful information

well! thanks for nice share! proweb365 provide custom web design at reasonable prices and is always up-front about our affordable web design services. We list our web design prices right on the website, so you can do price comparisons. Our Minneapolis web design firm custom builds professional websites – including eCommerce, Blog, and Mobile Websites - that are easy to self-update and manage, with integrated content management systems (CMS) such as Drupal, Joomla, Magento, and WordPress.

yes.I agree with you. Node.js is a different mindset from most other application.

Thanks Admin, I just begin my career in sever side web application development for that I complete the Node JS training but I wish to explore more in that, truly your blog provide some useful information and I would like to share your blog in my friends circle so keep sharing.
Regards,
Node JS training in chennai

hi
dear,
When looking to get a website designed or developed, how do you know which web designer to use? There are so many to choose from. Web designers will vary in skill and style and the following article will highlight some points on how to choose the right one.
Take a look at for more: Boston web designer

Nice Blog, I loved it. Thank you for Sharing. The information you shared is very effective for learners.
enterprise resource planning in chennai | cloud erp solutions in chennai