I was told the Milford track was very relaxed and easy, this is probably true most of the time. Our particular attempt featured significantly more unpleasant rain than usual.

Walked to first hut, track was easy and scenery was idyllic. 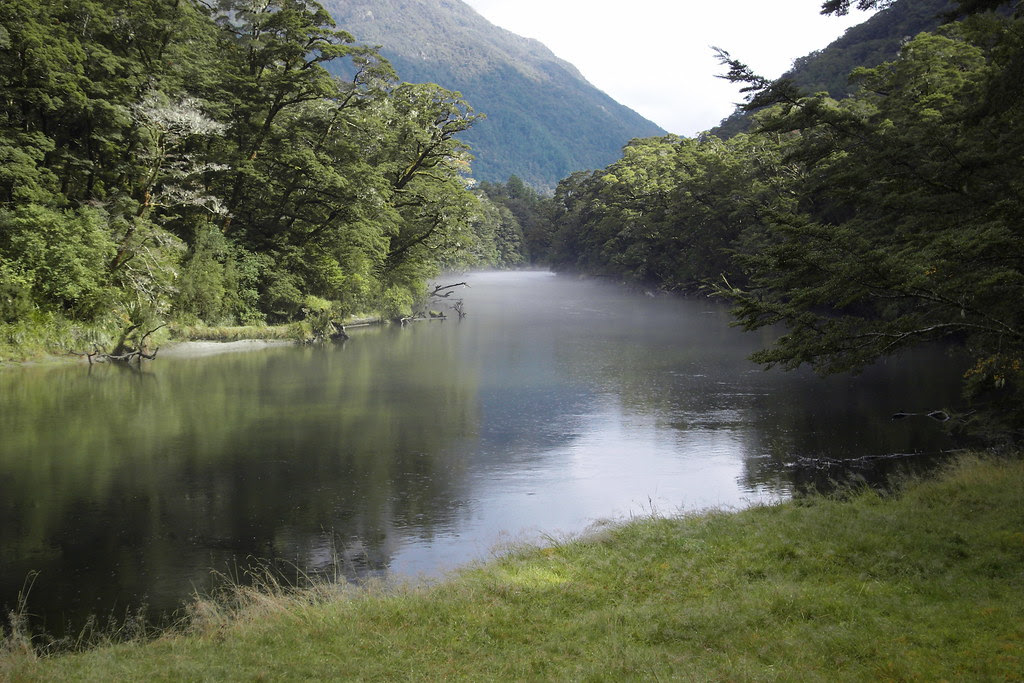 Over night nearly two meters of rain fell on the track, the river rose significantly and a few slips occurred. This included a slip in Milford that cut off the exit of the track and meant those already at the last hut had to be helicoptered out.

For us, the river rising meant we were trapped at the first hut for the day although we did wander up the path a bit later to survey some of the damage. Over night the track had gone from an amazingly manicured and graveled track to something muddy and familiar to most kiwi trampers. (The bridge was no longer in a particularly useful place and the stream had moved onto the track.)

We were told at this point that we would not be allowed to finish the walk due to the lack of ability to leave at the other end. The best they could offer us was going to the second hut that day and then all the way out the way we came on the last day.

Although we knew we had to end up at the second hut that day we also wanted to get over the pass, so we did a longer day and made it up and over the pass to the pass hut before coming back to the second hut. Unfortunately the weather was terrible on top and we had close to no visibility up there. 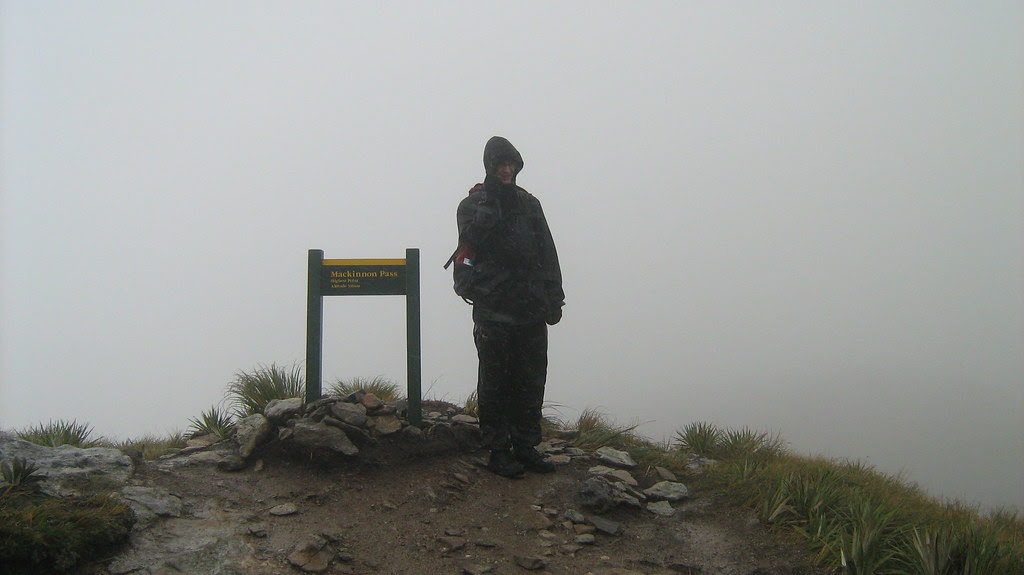 There was a chance if the rain had kept up we would have been helicoptered out, it stopped about 2AM though and we were destined for an unpleasant walk out as it started up again in the morning.

We only had to be back at the dock by 5pm to catch the boat. So we hung around at the hut until about 10:30 hoping the rain would stop.

Armed by the knowledge that a boat would be waiting we tramped out in a non-stop manner and hit the dock before 3pm. Just in time to see the boat pull out into the middle of the lake to give the barge room to be loaded by helicopter. We spent the next half hour staring forlornly out at the boat bearing hot coffee and tea, and getting buffeted every couple of minutes by the helicopter dropping things off.

Eventually the barge left, the boat came back and the coffee was hot.
at 2:14 AM 2 comments:

New Post comparing linux conf to Webstock up on the 3months blog.

I have a new post up at the 3months blog talking about some of the stuff from Linux.conf.au and Webstock. Includes swag comparison: